Have you ever had the name of a film on the tip of your tongue but you just can’t remember what it was called exactly? Have you ever thought you might have dreamt about a movie but you just weren’t quite sure if it was real or not? Maybe you remember renting a video tape years ago and to this day; apart from a couple of vivid scenes flickering in the back of your mind, you just cant place it?

I’ve been there. In fact, I’ve been there many times. Back in 2016 I was in the process of researching various experimental and obscure films; for a feature film I was in the midst of pre-production on. And jeeze… It was a messy time! Most of the films had information split over multiple websites, some films had absolutely nothing available online; not even so much as a minimal wiki or IMDB page, and others were often mislabeled and misrepresented. Sadly this would not be my first run in with this kind of setup.

Y’see… I love bad movies. Whether they’re so bad they’re good or whether they’re  grade A radioactive stinkers… I’ll watch anything. The schlockier and more tasteless the better!  It’s been that way for almost as long as I can remember really. Bad movies inspired me to take on film as an education and a eventually a profession. I earned a degree in Film Production and Experimental Film Theory and I spent five years working full time as the overseer of a post-production facility; making sure the editors edited with precision and that everything got delivered on time. And even though I’ve moved on since then I still freelance whenever the opportunity arises. 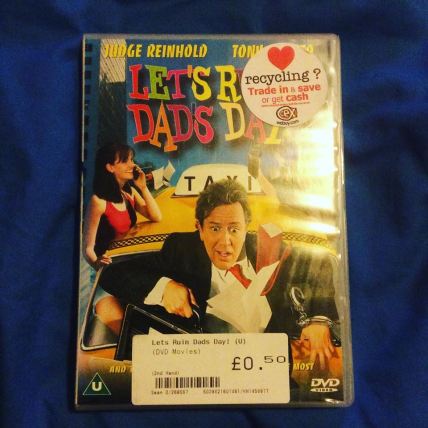 Film is quite literally my life. For anyone else who is the same, I’m you can imagine this has led to many occasions where I’ll be minding my own business and suddenly I’ll remember a bit of a scene from a movie I saw maybe 20 years ago. All it takes is this one moment to then spend the next 2 hours (usually more!) Googling it trying desperately in vain to find what movie I’m thinking about (generally doing so without much luck!)

It was because of a bad movie that I ended up launching TYTD Reviews in 2017. Imagine the scene… You’re already in a relatively bad mood… Then something about a random film you watched years ago pops into your head… You decide to look that film up because otherwise it’s going to drive you completely and utterly insane. We all know there’s nothing more frustrating than not being able to find what you’re looking for… LO AND BEHOLD. I typed the title of the film into YouTube and all I got back was 4000 videos that were either:

*Comedy-esque inspired: “THIS MOVIE SUCKS!!!” style Nostalgia Critic knock-offs that didn’t offer anything in the way of useful information.

*Unboxing Reviews: Which I know some people are into and that’s fair enough but it didn’t help me in my situation. (Seriously… There were several videos that were literally just someone holding the VHS box-art up to the camera and reading the blurb on the back of the box.)

And arguably THE MOST PAINFUL of all the videos was the 2 or 3 legitimately insightful reviews that were made 10 or so years ago with a 140p resolution 4:3 ratio webcam; and in some cases no webcam at all,  a microphone that sounded like it was in the engine of a jetplane that had just revved up for take off… All of this then coupled with sharp, harsh editing that would more often than not cut the speaker off mid sentence. I was able to piece together enough fragments of information to finish what I was doing for the night but it definitely sowed the seeds. The next day I tried searching some other obscure films I knew of and got the exact same results… Without trying to sound dramatic (who am I kidding- it’s a big deal to me!) That was when I finally decided something had to be done about this.

So in April 2017 I began work on what would become TYTD reviews. Your one-stop shop for all things obscure, cult and awful. I officially launched in June 2017 and since then I’ve tried my damnedest to bring you high quality and informative reviews of the movies that time forgot. I’ve even gone as far in some cases where there just isn’t any information on these films, to contact the original Directors! This is all because I believe that even though a film is forgotten it doesn’t mean it has to be nor that it should be. Just because a film is bad doesn’t mean it should be thrown away. I believe that you can learn as much about film making from a bad movie as you can from a masterpiece. That what’s considered awful today may only be a few years away from being a cult classic. 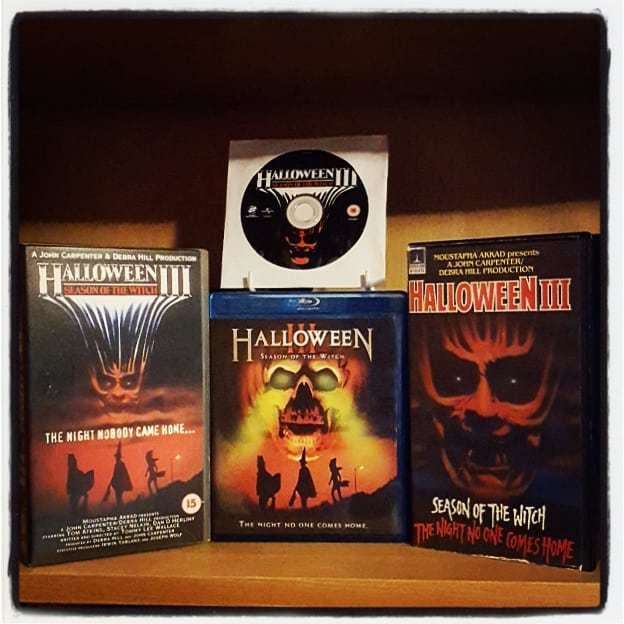 (By contrast: ALL HAIL THE SEASON OF THE WITCH!)

So please feel free to take a look around this site, and if your’re feeling REALLY kind please consider visiting my YouTube channel and saying hello!  I’m always looking for film recommendations and I’m always happy to talk film when I can. (No seriously.)

If you’d like a good idea of where to start then you can find a playlist that i’ve compiled of some of my more popular reviews here:

Thanks for stopping by and I hope you stick around!