Its that time again where I approach the end of another week, broken and further embittered to my fellow man. I have a delicious “Red Stag” Whisky sat next to me and it’s time to wind down to the weekend with another chapter from the irregular blog series I call “Reformed content”. as was the case with the last edition, im here today with a smattering of behind the scenes info, stuff going on in my personal life and some other bits and pieces that simply wouldn’t make a full blog post in and of itself! So! Let’s get the ball rolling!. First and foremost, im writing this on Friday the 3rd of August 2018 and in 24 hours the poll to decide what the Halloween theme for this year is will close. I’d say it’s been a close battle but in all fairness it’s been fairly one sided since I put the vote up. So thank you so much for taking part if you did! I cant guarantee everyone will be happy with the end result, but hey! I thought I’d try a spot of democracy and it’s been quite nice to let you guys tell me what you want to see! You’ll find out the winner in October so in the mean time Im going to start watching/writing and recording them ready for then!

(The inevitable decline into cold and dark nights begins here…)

As it stands I’ve fallen a bit behind in my schedules currently. The last couple of months have been difficult on the writing/editing front. Not in terms of watching. Oh no! the watching sides the best part of this! Hell; it’s pretty much the reason I got started in doing this! But in terms of making notes, writing scripts, audio recording and editing. I’d be lying if I said the last month or two hadn’t been something of a drag. Im hoping it’s just a bit of a creative block at this point and that I’ll perk up once I get past the rest of this years schedules. But in the mean time I do feel a bit in a rutt over what I write and how I write it. if im being honest with you lot I think theres 2 reasons for this. The first would be purely down to logistics.  having to produce 4 – 5 scripts a month at the level of detail that I try and aim for for the last 3 months or so has been a bit of an uphill climb. some months I’ve managed 4 others i’ve barely broken 2. there are quite a few reasons for this ranging from weather, to personal issues to just frankly being completely tied up with other things! but it can be a bit morale draining to grind away at a rate that even the most optimistic youtube guru would say was “Not enough” in terms of pleasing the great algorithm.

(ALL HAIL THE MIGHTY ALGORITHM THE GIVER AND TAKER OF SOCIAL PLATFORMS!)

Secondly I think its down to the content that I’m watching as well…When I started this I knew it wasnt going to be “Lolwhut” random and brilliant films every week. I knew thered be good films and bad films and that finding those gems is often very difficult. what I wasnt prepared for was just the sheer scale of mediocrity thats out there. there are hundreds, neigh, thousands of cookie cutter super bland films out there. Covering every genre, creed and colour that a film can be. and once you’ve deconstructed half a dozen of these “Meh” films you’ve pretty much deconstructed them all (In season 4 I reviewed 3 films that were all effectively the same genre and all had the same issues back to back entirely by accident…it was a real grind to get through them purely because they all blurred together into one big grey sludge). Believe me when I say that im not going anywhere anytime soon and that there’ll be plenty more uploads to come and plenty more streams/blogs in future. But I just feel like putting it out there that being a bad film critic (Even though I enjoy it) can be a struggle sometimes. and that it’s okay to have bad times and also to know when your working to your own detriment. 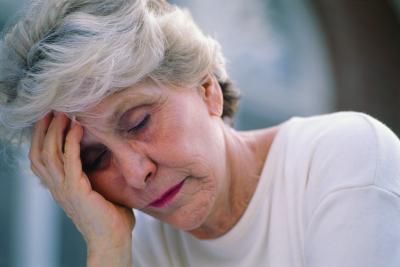 In terms of planning I now have episodes in the schedules right up until January next year and I have completed episodes running right up to the middle of Septmber. Which apparently is a bit excessive but that’s the problem with this half of the year. October is Halloween themed, and December is Christmas themed. So that only leaves September and November to actually be able to do anything off the beat and path. And the way my schedules work it means Im going to be doing 3 episodes in September and 4 episodes in November meaning there isn’t a lot of room to be able to do recommendations and requests either. Which upsets me a bit because if you guys have taken the time to tell me of a film you’d love to see me talk about the least I can do Is try to get round to it as soon as I can. As it stands I have at least a dozen requests to get round to and the earliest I can jump on them is January!  So my sincerest apologies if you’ve sent me a request. and all I can do is assure you I will get round to them eventually!

There is some interesting stuff in the schedules mind. I’ve been slowly working through the VHS haul I got my hands on a couple of months ago and theres some real gems in there. Though Disaster of disasters my VCR finally went to silicon heaven a couple of days ago (The heads have worn down to nothing) so I’ve had to order a replacement. Effectively putting my excavation on hold. So im back on the DVD’s and Blurays in the mean time…I always worry when I drop below 8 weeks of backdated episodes and I had a few VHS titles to go through over this weekend just gone. So it’s kind of messed up my plans a little bit… I try and keep that gap to cover risks and hazards that come with being alive in general…for example if Im ill or out of the country for a couple of weeks that’s 2 uploads and 3 episodes potentially lost in the process. So im always trying to increase that gap. And as of today I have 7 scripts ready to be recorded! So hopefully I’ll be up and on top of things again in no time!

(Im getting there I’ll tell you Whut…)

As I mentioned in a previous blog; Im still occasionally popping up on my channel and playing a few games every now and then. It’s been a lot of fun and more recently I’ve decided to use these gaming sessions as an opportunity to talk about films and to do a film Q&A type deal. So if your reading this and your working on a film. feel free to see if im about and drop in. the last stream was a blast and I had a great time talking to a couple of my regular viewers and I really hope to see and talk to more of you guys in future! my most recent one was a full run through of Sonic the hedgehog 2 in which I used the “Rewind” function to save myself from dying a frankly embarrassing amount of times. So do feel free to check that out. It’s been nice to do something non film related really and I think it helps break things up a bit which is always a nice feeling…

Finally on the subject of myself (Im a vein bastard) I’d just like to thank everyone who tuned into my video on “Fair use” I had a very positive response to it and im glad to hear that a lot of people took away something from my video. I’ll be adding to the list of “Copyright cards” that I use as time goes by though rather ironically after 4 worldwide blocks my last 3 videos haven’t been touched by content ID in any capacity. Which is typical really…I travel halfway up a mountain in the name of challenging copyright and immediately im not able to use it!

For anyone following my employment situation you’ll be happy to know that things are going rather well. I still have a few weeks of my “Probation” period left but assuming that passes without incident I should be a fully paid up and employed member of my chosen employment by the middle of next month! I’m having a great time getting to know all the new people in the place and as if they knew I was coming I found a library within the building that actually had VHS tapes stored on the shelves! I do hope that things continue to work out as they have because Im growing ever attached to the place and I’d feel terrifically sad to have it cut short. Though for the time being im just trying to crack on with cracking on and the biggest problem in my life right at this moment is the fact that in the UK the weather cant decide whether it wants to be 40 million degrees Celsius or cool and raining. which is great fun when it comes to the 10 minute walk into the office…im usually either drowned or fried…and occasionally poached…

(The Air conditioning isnt too great at this place…)

One of the downsides of my new place of employment is that due to security concerns im unable to take my phone into the building. Meaning that while I am able to keep abreast of my youtube stuff Im unable to keep on top of all goings on in the world of politics. Though seemingly since leaving my old job on the 16th of June nothing much has changed really. Brexit is taking up most of the conservatives time. The clocks running out on that and they’ve done exactly bugger all in sorting it out (as if they ever could) Jeremy Corbyn has been accused of Antisemitism (Again) and he’s apologised (Again), Trump is still being trump and all in all as a collective race It seems as though we’re a glass sphere teetering on the brink of a table. We could go at any minute and all the signs are pointing that way. But honestly? I couldn’t tell you when we’re going to go over the edge. Nor what awaits us on the other side. The only thing that’s changed more recently is that the odds of a “No Deal” Brexit have seemingly teetered closer to us than at any other time since the negotiations began. That would arguably be the worst possible scenario and in all honesty I can only begin to imagine the hell it would unleash on the UK…of course now I’ll be accused of Project fear…so i’ll simply be quiet from now and leave it at an inaudible internal scream.